Year: December 1968 (CD Unofficial Release)
Label: Dogtoire Records (Russia), DG 2312
Style: Rock, Pop
Country: London, England
Time: 76:30
Format: Flac Tracks 16/44,1 kHz
Size: 431 Mb
Love Affair was a London-based pop and soul group formed in 1966. The group had several UK Singles Chart Top 10 hits, including the number one success, "Everlasting Love".
Love Affair's first single, "She Smiled Sweetly", written by Mick Jagger and Keith Richards, released on Decca Records flopped, but the band reached the top of the UK Singles Chart in January 1968 with "Everlasting Love". By this time the group had relocated to CBS Records. The song was first recorded by Robert Knight, whose version had reached No. 13 in the Billboard Hot 100 chart in the autumn of 1967, and it was previously offered to Marmalade, who turned it down. On the B-side was a cover version of "Gone Are the Songs of Yesterday", which was written by Phillip Goodhand-Tait. After its success, Goodhand-Tait saw an opportunity and signed a contract with Love Affair's managers John Cokell and Sid Bacon. Goodhand-Tait went on to write more songs for Love Affair.
Ellis had a similar vocal style to Steve Marriott of the Small Faces, and the production was similar to a Motown soul record. Controversy ensued when the group admitted they had not played on the record, but that all the work was done by session musicians, although such a practice had long since been common. Their first recording of the song, produced by Muff Winwood, had featured them playing all the instruments. But the record label rejected this version in favour of one produced by Mike Smith, recorded with a recording studio rhythm section, strings, brass, flutes and backing vocalists, arranged by Keith Mansfield – and Ellis as the only member of the group to be heard. The backing vocals were provided by four female singers who became well known in their own right: Kiki Dee, Madeline Bell, Lesley Duncan and Kay Garner (as one of the Ladybirds). The bass part was played by Russ Stableford and Clem Cattini played drums.
Four further Top 20 hits followed, "Rainbow Valley", "A Day Without Love" (both 1968), "One Road" and "Bringing on Back the Good Times" (both 1969). At the end of that year, they released the album, The Everlasting Love Affair.
The group became frustrated at being treated like teen idols, unable to hear themselves on stage because of the constant screaming and at being pigeonholed as a "pop group". All the A-sides featured heavy orchestral and brass arrangements behind Ellis's vocals, with minimal participation from the others, although they wrote and played on the heavier B-sides themselves.
As Ellis wrote in the booklet notes to a later compilation CD, Singles A's and B's, "In an attempt to break the mould we recorded a song far removed from the anthemic-like previous hits." The song was called "Baby I Know". Released at the end of 1969, competing with releases from other big names for a place in the charts over Christmas, it failed completely. Ellis felt the band had run its course and he left in December 1969 for a solo career: "We never really made it big anywhere but Britain and I think that if we had started to happen in America, I wouldn't have left". The rest of the band soldiered on without any further success, continuing briefly as L.A. with new vocalist, August Eadon (aka Gus Yeadon). Further releases likewise never charted.
In 1971 they recorded the song "Wake Me I Am Dreaming", cover of "Mi ritorni in mente", written by Lucio Battisti for music and by Mogol for the original text in Italian.
The group has since been revived, though sometimes without any original members, for cabaret dates; and Ellis has also performed live with a reconstituted Steve Ellis's Love Affair.
Love Affair's first hit song, "Everlasting Love", was used in the film, Bridget Jones: The Edge of Reason. However, the CD of the soundtrack contained Jamie Cullum's cover version, instead of the Love Affair version used in the film. Cullum's version is played over the end credits.
(wikiwand.com/en/Love_Affair_(band)
01. Everlasting Love (03:02)
02. Hush (03:40)
03. 60 Minutes (Of Your Love) (03:38)
04. Could I Be Dreaming (03:20)
05. First Cut Is The Deepest (03:23)
06. So Sorry (03:11)
07. Once Upon A Season (04:01)
08. Rainbow Valley (03:50)
09. A Day Without Love (03:13)
10. Tobacco Road (03:54)
11. The Tree (02:47)
12. Handbags & Gladrags (03:52)
13. Build On Love (02:30)
14. Please Stay (04:16)
15. Tale Of Two Bitters (02:35)
16. Gone Are The Songs Of Yesterday (02:56)
17. Some Like Me (03:23)
18. I'm Happy (02:19)
19. One Road (03:11)
20. Let Me Know (02:31)
21. Bringing On Back The Good Times (03:24)
22. Another Day (04:13)
23. Un Giorno Senza Amore (03:12) 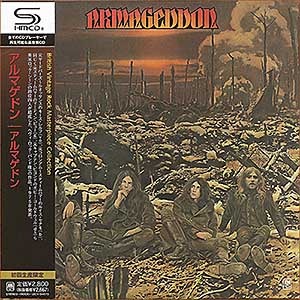