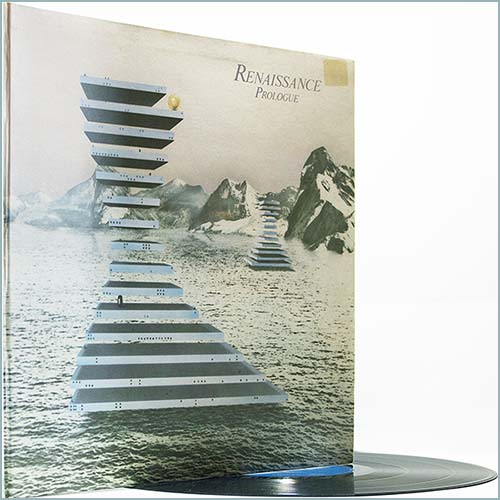 The Savage Rose is a Danish psychedelic rock group, founded in 1967 by Thomas Koppel, Anders Koppel, Alex Riel, Jens Rugsted, Flemming Ostermann, and singer Annisette Koppel. Ilse Marie Koppel was also participating. Nils Tuxen replaced Flemming Ostermann from their second album.
Since the mid-1970s, the group was an acoustic trio consisting of Thomas Koppel, Annisette Koppel (then Hansen) and John Ravn as a core. From the beginning of the 1990s, the group returned to electric instrumentation. Thomas Koppel died on February 25, 2006.
(Wikipedia) 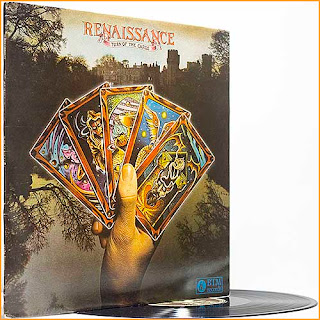 Turn of the Cards is the fifth studio album by the British progressive rock band Renaissance, released in 1974. It was the last Renaissance studio album to include excerpts from existing classical pieces.
In the UK, this was the very first release (BTM 1000) on Miles Copeland's fledgling label, BTM Records (British Talent Managers). In 1977, after releasing a total of 10 albums, including 2 more by Renaissance (BTM 1006: Scheherazade and Other Stories, and the double LP, BTM 2001, Live at Carnegie Hall), the label folded due to bankruptcy.
The cover picture features Warwick Castle. The first BTM UK pressings had an alternate back cover, with a moody close-up portrait of Annie Haslam framed in one of the 'cards'. Later pressings, and in the US, a rather bland picture consistent in style and size with the other members portraits were added.
"Things I Don't Understand" was founder member Jim McCarty's last contribution to the band. "Running Hard" quotes a melodic phrase first used in "Mr. Pine" from the Illusion album, as well as the piece "Litanies" by French composer Jehan Alain. The music to "Cold Is Being" is taken entirely from "Adagio in G minor" (attributed to Tomaso Albinoni) and, contrary to the album credits, was not composed by Michael Dunford; it was, however credited in the back notes ("Thanks to Jehan Alain for the opening piece of RUNNING HARD and Albinoni for COLD IS BEING"). "Mother Russia" is cited by Jon Camp as being a case where he made major compositional contributions without being credited for them.
(Wikipedia) 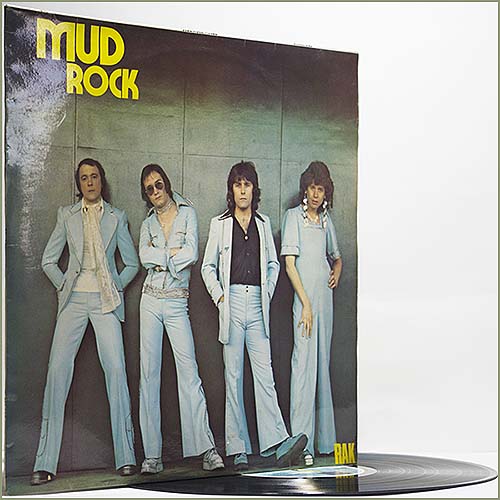 Mud (now Mud II) are an English glam rock band, formed in February 1966. Their earlier success came in a pop and then glam rock style, while later hits were influenced by 1950s rock and roll, and are best remembered for their hit singles "Tiger Feet", which was the UK's best-selling single of 1974, and "Lonely This Christmas" which reached Christmas number 1 in December 1974. After signing to Rak Records and teaming up with songwriters/producers Nicky Chinn and Mike Chapman, the band had fourteen UK Top 20 hits between 1973 and 1976, including three number ones.
(Wikipedia) 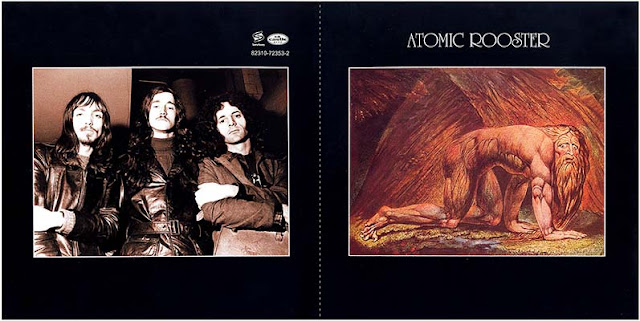 Death Walks Behind You is the second studio album by British rock band Atomic Rooster. It was their first album to receive US release, albeit in a different sleeve. It is commonly thought of as the archetypal Atomic Rooster album, recorded by the 'classic' line-up of Vincent Crane, John Du Cann and Paul Hammond. It is certainly, critically and commercially, their most successful album and often hailed as a classic of the progressive rock genre. It also produced the hit single "Tomorrow Night" (UK #11), which became one of the band's best-known songs. The album's cover features the William Blake monotype Nebuchadnezzar.
The title track was covered on record in 1992 by Paradise Lost, in 2000 by Bigelf (on their album Money Machine) and in 2012 by Swedish death metal band NonExist.
(Wikipedia)