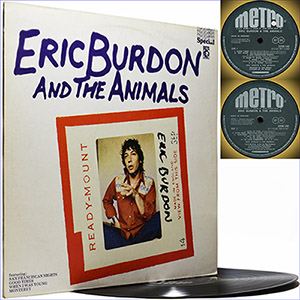 Hailing from Newcastle, England, The Animals formed in 1963. After splitting in 1969, various incarnations of the band kept playing together under the same name and are still playing live today. They were one of the key artists of the British Invasion and remain highly influential to this day
When no lesser artist than Bruce Springsteen openly admits that he ripped your bands songs off to make some of the most legendary albums in rock history, that’s the point where respect becomes not so much deserved as undeniable. Yet by and large, The Animals are widely known for only one song, and a cover at that. I suppose we can write that one off to time’s reduction of everything to its simplest story and, let’s face it, there was some pretty stellar competition in those days (welcome to the 60’s, where you either rivalled The Beatles in quality or no-one gave a damn!). However, The Animals were no one hit wonders, charting twenty top ten hits in the U.K and U.S combined by the end of the 1960’s.
This was all achieved in record time as well. The band began life as the Alan Price Rhythm and Blues Combo, which featured a fluid line up but by 1962, band leader Alan Price had settled on himself playing the organ and keyboards, Hilton Valentine playing guitar, John Steel drumming, and Bryan "Chas" Chandler on the bass guitar. The group needed a vocalist to compete in the thriving U.K pop scene and, although they were originally a jazz-flavoured combo by trade, they chose the charismatic blues singer Eric Burdon to be there frontman. Burdon joining the group was the catalyst for a radical change in their performance style, their wild and energetic shows led them to be called “animals” by a few audience members. Needless to say, the name stuck.
By 1964 the band had signed to Columbia and put out their first single, but their second effort was what really took them into the stratosphere. The band had faith in their raucous version of the old folk standard “House Of The Rising Sun” given the rapturous reception it had gotten night after night on a tour they’d played with Chuck Berry, but no-one alive at the time could have predicted that it would top the charts on both sides of the Atlantic and provide some of Rock and Roll’s most iconic sounds. By September 1964, The Animals were one of the world’s biggest bands, but the music world worked faster than we can comprehend today, and by 1966 the original incarnation of the band imploded in a mess of mismanaged business affairs, internal friction and pressures from fans and the record company alike.
However, Eric Burdon formed a new incarnation of the group in December 1966, ditching their rhythm and blues roots for a far more psychedelic style of music that was heavier than the band had ever dreamed of being. The band were highly successful but at a far steadier rate than the original incarnation, with hits like "San Franciscan Nights", "Monterey", and "Sky Pilot" keeping them a very big deal but at a more manageable rate. However, at this point the group was a solo project for Burdon and the revolving door style of membership (Future Police guitarist Andy Summers played with the band briefly!) began to take its toll.
The band dissolved at the end of 1968, and after that the original line up reunited twice, once for an album in 1977 and again in 1983 for an album and a highly succesful tour that took in the band’s biggest ever headline show, at Wembley Stadium on New Years Eve of that year. Several different incarnations of the band have sprung up since then but whichever one you see is still showing a side of rock history that many know of but not many truly appreciate. Seek them out and you’ll find one of the true greats of classic rock and a band that are truly timeless, always at the top of their game. Highly recommended. 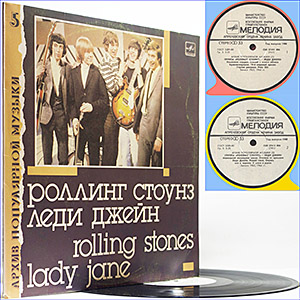 The Rolling Stones, British rock group, formed in 1962, that drew on Chicago blues stylings to create a unique vision of the dark side of post-1960s counterculture. The original members were Mick Jagger (b. July 26, 1943, Dartford, Kent, England), Keith Richards (b. December 18, 1943, Dartford), Brian Jones (b. February 28, 1942, Cheltenham, Gloucestershire, England—d. July 3, 1969, Hartfield, Sussex, England), Bill Wyman (b. October 24, 1936, London, England), and Charlie Watts (b. June 2, 1941, London). Later members were Mick Taylor (b. January 17, 1948, Hereford, East Hereford and Worcester, England), Ron Wood (b. June 1, 1947, London), and Darryl Jones (b. December 11, 1961, Chicago, Illinois, U.S.). The Rolling Stones in the mid-1960s.
No rock band has sustained consistent activity and global popularity for so long a period as the Rolling Stones, still capable, more than 50 years after their formation, of filling the largest stadia in the world. Though several of their mid-1960s contemporaries—notably Bob Dylan, Paul McCartney, Eric Clapton, and Van Morrison—have maintained individual positions in rock’s front line, the Rolling Stones’ nucleus of singer Jagger, guitarist Richards, and drummer Watts remains rock’s most durable ongoing partnership.
In the process, the Stones have become rock’s definitive, emblematic band: a seamless blend of sound, look, and public image. It may be debatable whether they have actually, at any given moment, been the “greatest rock-and-roll band in the world,” as their time-honoured onstage introduction has claimed them to be; that they are the mold from which various generations of challengers—from the Who, Led Zeppelin, and Aerosmith via the New York Dolls, the Clash, and the Sex Pistols all the way to Guns N’ Roses and Oasis—have been struck is not. In their onstage personae, Jagger and Richards established the classic rock band archetypes: the preening, narcissistic singer and the haggard, obsessive guitarist. 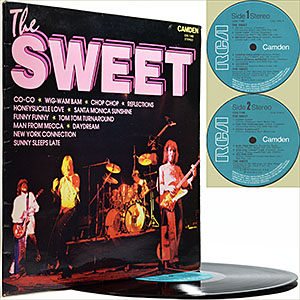 The Sweet (also known as Sweet) are a British glam rock band that rose to worldwide fame in the 1970s. Their best known line-up consisted of lead vocalist Brian Connolly, bass player Steve Priest, guitarist Andy Scott, and drummer Mick Tucker. The group was originally called Sweetshop.
The band was formed in London in 1968 and achieved their first hit, "Funny Funny", in 1971 after teaming up with songwriters Nicky Chinn and Mike Chapman and record producer Phil Wainman. During 1971 and 1972, their musical style followed a marked progression from the Archies-like bubblegum style of "Funny Funny" to a Who-influenced hard rock style supplemented by a striking use of high-pitched backing vocals.
The band first achieved success in the UK charts, with thirteen Top 20 hits during the 1970s alone, with "Block Buster!" (1973) topping the chart, followed by three consecutive number two hits in "Hell Raiser" (1973), "The Ballroom Blitz" (1973) and "Teenage Rampage" (1974). The band turned to a more hard rock style with their mid-career singles, like 1974's "Turn It Down". "Fox on the Run" (1975) also reached number two on the UK charts. These results were topped in West Germany and other countries on the European mainland. They also achieved success and popularity in the US with the top ten hits "Little Willy", "The Ballroom Blitz", "Fox on the Run" and "Love is Like Oxygen".
Sweet had their last international success in 1978 with "Love Is Like Oxygen". Connolly left the group in 1979 to start a solo career and the remaining members continued as a trio until disbanding in 1981. From the mid-1980s, Scott, Connolly and Priest each played with their own versions of Sweet at different times. Connolly died in 1997 and Tucker in 2002. The two surviving members are still active in their respective versions of the band; Scott's is based in the UK and Priest's in the US.