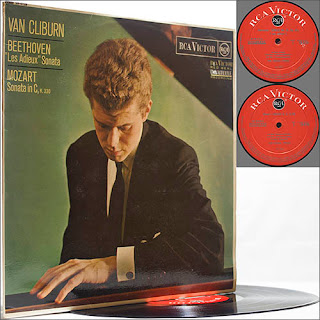 Harvey Lavan "Van" Cliburn Jr. (July 12, 1934 – February 27, 2013) was an American pianist who achieved worldwide recognition in 1958, at the age of 23, when he won the inaugural quadrennial International Tchaikovsky Piano Competition in Moscow during the Cold War.
(Wikipedia) 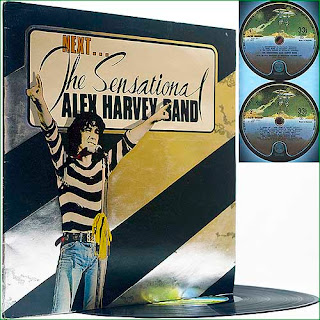 Alexander James "Alex" Harvey (5 February 1935 – 4 February 1982) was a Scottish blues/rock musician. Although Harvey's career spanned almost three decades he is best remembered as the frontman of The Sensational Alex Harvey Band, with whom he built a reputation as an exciting live performer during the era of glam rock in the 1970s. He has been hailed by younger musicians such as The Cure's Robert Smith and Nick Cave. 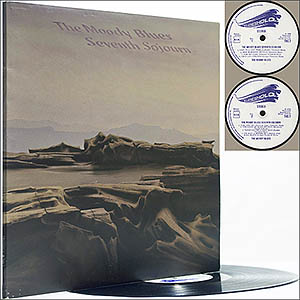 The opening track, Mike Pinder's "Lost in a Lost World" laments the brutality of revolution and references racial tension. Several songs contain overt political references. "You and Me," like "Question" from two years earlier, alludes to ongoing wars and conflicts, including Vietnam. However, although the album showcases political concerns, in the 1990 documentary The Moody Blues: Legend of a Band, bassist John Lodge described "I'm Just a Singer (In a Rock and Roll Band)" as a response to fans who mistakenly read guru-like wisdom into the Moodies' lyrics. Instrumentally, singer/keyboardist Mike Pinder, in addition to the Mellotron, used a similar keyboard device called the Chamberlin. 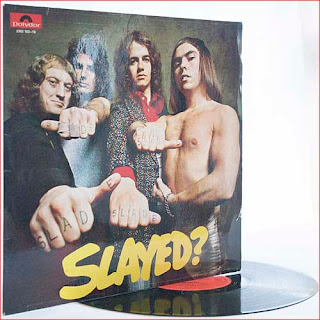 Slayed? is the second studio album by the British rock group Slade. It was released on 1 November 1972, and reached No. 1 on the UK charts. The album lasted on the UK charts for a total of 34 weeks, and was also their longest-charting album in the United States where it stayed on the charts for half a year (three weeks more than Keep Your Hands Off My Power Supply) despite barely reaching the Top 75.
The album contains two of the group's biggest hits, "Gudbuy t'Jane" and "Mama Weer All Crazee Now", and is consistently said by rock critics to be their "...greatest studio album."
The album is included in the book 1001 Albums You Must Hear Before You Die.
For the Record and Radio Mirror poll results of 1974, Slayed? peaked at #4 on the top ten list of best British albums.
The album was awarded a UK Silver Disc in early 1973.
Wikipedia. 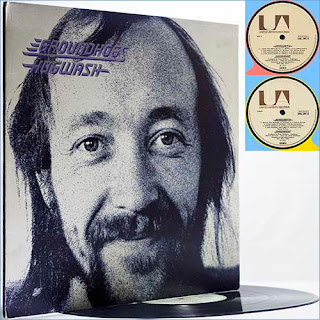 The Groundhogs are a British rock band founded in late 1963, that toured extensively in the 1960s, achieved prominence in the early 1970s and continued sporadically into the 21st century. Tony McPhee (guitar and vocals) is the sole constant member of the group, which has gone through many personnel changes but usually records and performs as a power trio.
(Wikipedia)