Crazy Horse is an American rock band best known for their association with Neil Young. Beginning in 1969 and continuing to the present day, they have been co-credited on a number of Young's albums, with 11 studio albums and numerous live albums being billed as by "Neil Young and Crazy Horse." They have also released six studio albums of their own, issued between 1971 and 2009.
Billy Talbot (bass) and Ralph Molina (drums) have been the only consistent members of the band. On four of Crazy Horse's studio albums, Talbot and Molina serve as the rhythm section to an entirely different group of musicians.
(Wikipedia) 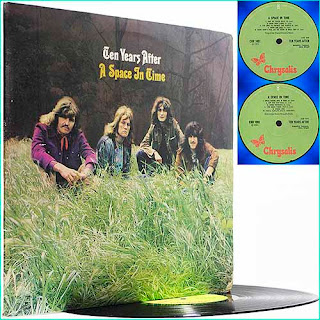 Ten Years After are an English blues rock band, most popular in the late 1960s and early 1970s. Between 1968 and 1973, Ten Years After scored eight Top 40 albums on the UK Albums Chart. In addition they had twelve albums enter the US Billboard 200, and are best known for tracks such as "I'm Going Home", "Hear Me Calling", "I'd Love to Change the World" and "Love Like a Man". Their musical style consisted of blues rock, and hard rock. 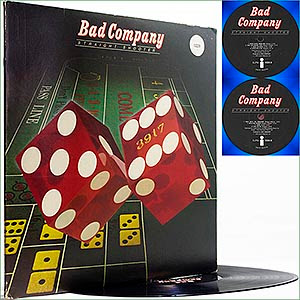 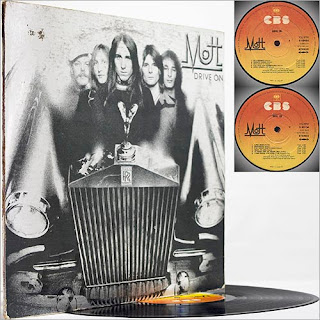 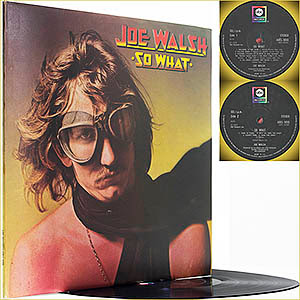 Joe Walsh (born November 20, 1947). It contains hard rock songs such as "Welcome To The Club" and a remake of the Barnstorm track, "Turn To Stone". It also contains more introspective material such as "Help Me Through the Night" and "Song For Emma", a tribute to Walsh's daughter who had been killed in a car crash the previous year. On a few tracks, Don Henley, Glenn Frey, and Randy Meisner of the Eagles contributed backing vocals. Over a year and a half later, Walsh would be drafted into the Eagles to replace founding member Bernie Leadon, playing on their best-selling studio album Hotel California. The album was re-issued five years later by MCA Records in 1979. (Wikipedia)
Matrix side A: ABCL 5055 A-1U, side B: ABCL 5055 B-1U 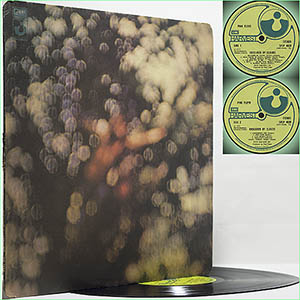 Obscured by Clouds is the seventh studio album by the English progressive rock band Pink Floyd, based on their soundtrack for the French film La Vall?e, by Barbet Schroeder. It was released in the United Kingdom on 2 June 1972, and a few weeks later in the United States, by Harvest Records, reaching number 6 and number 46 respectively. A single, "Free Four", was issued in the US only.
The album was something of a stopgap for the band, who had already started work on The Dark Side of the Moon, and was recorded in two sessions in France between touring, with three days for mixing. The original plan was to just record small sections of music, but they ultimately created enough songs for a complete album.
(Wikipedia) 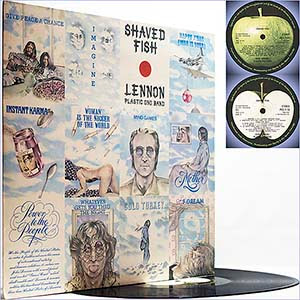 Shaved Fish is a compilation album by John Lennon and the Plastic Ono Band, released in October 1975 on Apple Records. It contains all of the singles that he had issued up to that point in the United States as a solo artist, with the exception of "Stand by Me", which had been released earlier that year. The only compilation of his non-Beatles recordings released during his lifetime, it peaked at number 8 in the UK and number 12 in the US. It was also Lennon's final release on Apple Records. 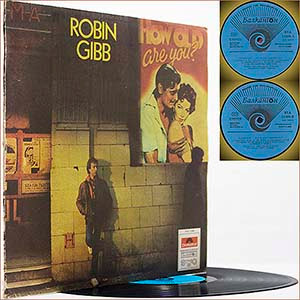 Robin Hugh Gibb CBE (22 December 1949 – 20 May 2012) was a British singer, songwriter and record producer, who gained worldwide fame as a member of the pop group the Bee Gees. Their younger brother Andy was also a singer. Robin Gibb also had his own successful solo career.
How Old Are You? is the second solo album released by British rock musician Robin Gibb it released in 1983, thirteen years after his debut Robin's Reign in 1970. The album was not a great success in America and failed to chart in Britain but it did spawn an international hit in "Juliet" which topped the charts in Germany. The album reached #6 in Germany. The album was produced by Robin and Maurice Gibb with Dennis Bryon.