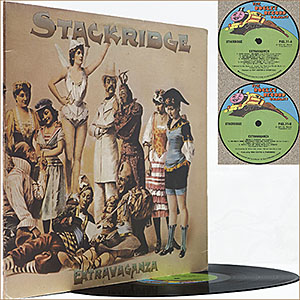 Extravaganza is the fourth album by the British rock group Stackridge. The album was produced by Tony Ashton at AIR Studios, London.
The album was originally released in the UK on Elton John's label, The Rocket Record Company. Stackridge was the first group signed to the new label.
A different version of the album was released by Sire Records in the U.S and Canada. This version removed two songs already released on Pinafore Days and added "Do The Stanley" from a UK single and "The Indifferent Hedgehog" from the UK album The Man In The Bowler Hat.
Singer and songwriter Gordon Haskell rehearsed with Stackridge for a short time during 1974. Though Haskell decided not to join Stackridge they did keep one of his songs in their repertoire and decided to record it for Extravaganza. Originally called Worms, the song was re-titled No One's More Important Than the Earthworm.
The song "Happy In The Lord", written by Phil Welton, was a cover of a song originally performed by the band Fat Grapple, and released by them as a single in 1975. 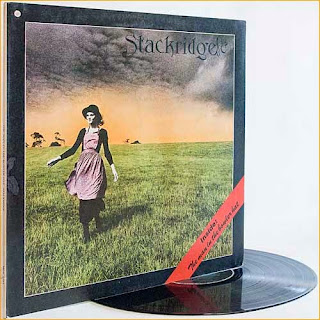 The Man In The Bowler Hat is the third album by the British rock group Stackridge. The album was produced by George Martin at AIR Studios, London and released in the UK by MCA Records. This was their highest charting album, peaking at number 23 in the UK Albums Chart.
A different version of the album was released by Sire Records in the US and Canada under the title Pinafore Days. The US album removed two songs and replaced them with two others (produced by Tony Ashton) from the UK version of the next Stackridge album Extravaganza. Pinafore Days was the only US chart entry for Stackridge, reaching number 191 on the Billboard 200 albums chart.
1st Press. Matrix Side A: MCG 3501 A-1, Side B: MCG 3501  B-1